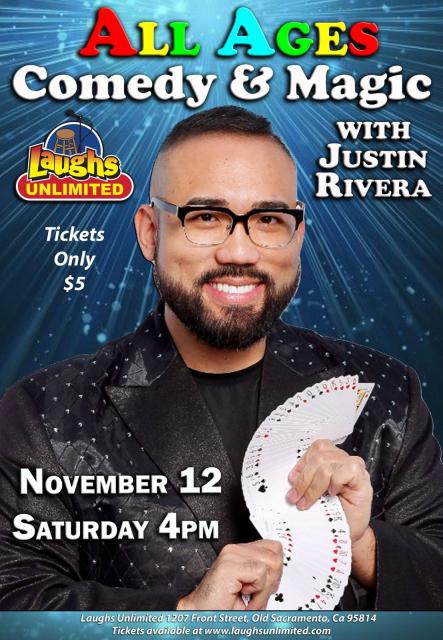 Justin Rivera is a nationally recognized, professional comedian and magician, who has appeared on many, worldwide stages and national television shows. Rivera is currently on a 6-month, sold out international tour in Australia, China, Singapore, Thailand, Malaysia, Philippines, Taiwan, India, Vietnam, Indonesia, and Cambodia with rave reviews and standing ovations.

Justin competed on NBC’s “America’s Got Talent” hosted by Nick Cannon and was named a judges’ favorite by Howard Stern, Howie Mandel, and Sharon Osbourne. He has appeared on “Fast Track to Fame” produced by FOX, on Comedy Central with Dave Attell and Adam Carolla produced by Adam Sandler’s production company in part with Happy Madison Productions, and a special appearance and acting on Discovery shows.