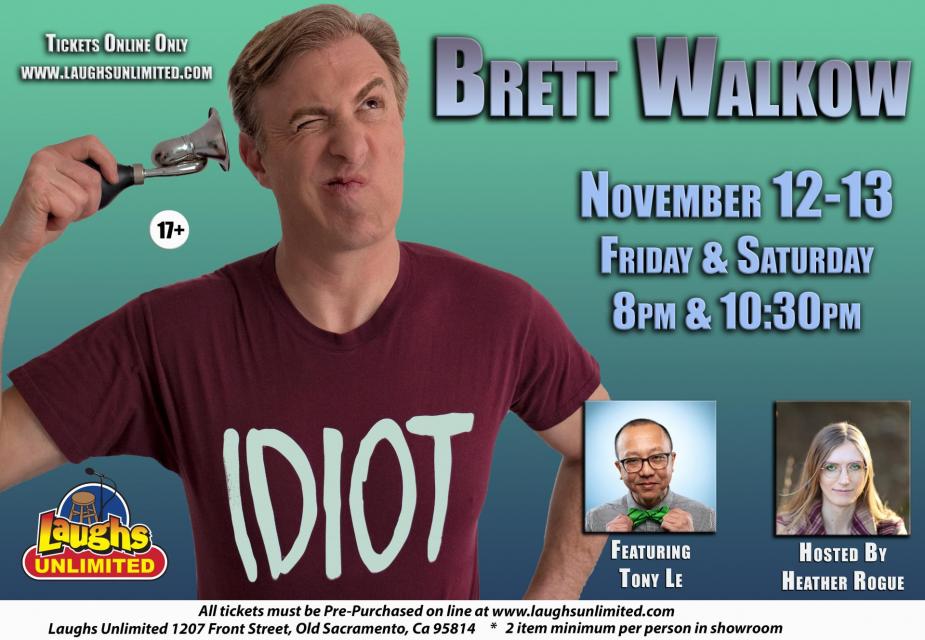 For 25 years, nationally known entertainer Brett Walkow has been making audiences laugh all over the world with his signature blend of silliness, warmth, and off-the-cuff audience interaction. He’s performed alongside Melissa McCarthy & Jimmy Fallon, appeared on The Tonight Show, and in Seinfeld’s movie ‘Comedian’. Brett’s credits include: The Golden Globes, Comedy Central, HBO, NBC, FOX, CBS, Just For Laughs Festival, Lollapalooza, 11 years in Las Vegas (Harrahs & MGM Casinos), a 200 episode celebrity talk show (guests Kevin Nealon, George Wallace, The Simpsons, Family Guy), and a wide variety of live venues worldwide. Brett truly believes we should all help one another and spends a huge portion of his year performing for charities coast to coast. Including proudly creating & headlining The Band of Brothers Comedy Tour, bringing laughter to our troops stationed in the Persian Gulf and Northern Africa. Online you can catch his standup and his award-winning comedy films, hitting over 7 million views on YouTube!

Days of the Week: