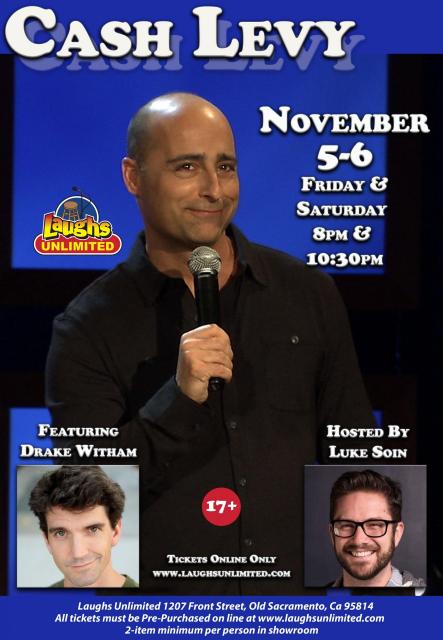 Cash has performed at the “Just for Laughs” comedy festival in Toronto, the “Moontower Festival” in Austin and has been a contributing writer for the Critics Choice Awards in Hollywood.

Known as one of the finest improvisers around, Cash’s unique, interactive show has been captured on film in the one hour special, “Crowd Control” currently showing on AXStv.