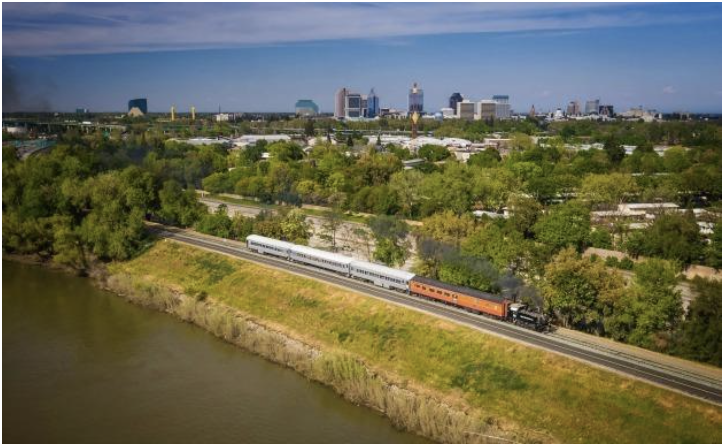 Operated by the California State Railroad Museum. Train rides depart from and return to the Front Street Train Depot in Old Sacramento Waterfront.

Chug along the Sacramento River behind Granite Rock No. 10 steam locomotive or one of the museums vintage diesel locomotives.

2020 marked the 37th consecutive season the excursion trains have been operating at the Old Sacramento Waterfront. Train rides include closed coach cars, open-air gondolas and a first-class observation car pulled by either Granite Rock No. 10 steam locomotive or one of our vintage diesel locomotives from the Museum’s collection.

Days and Hours of Operation: