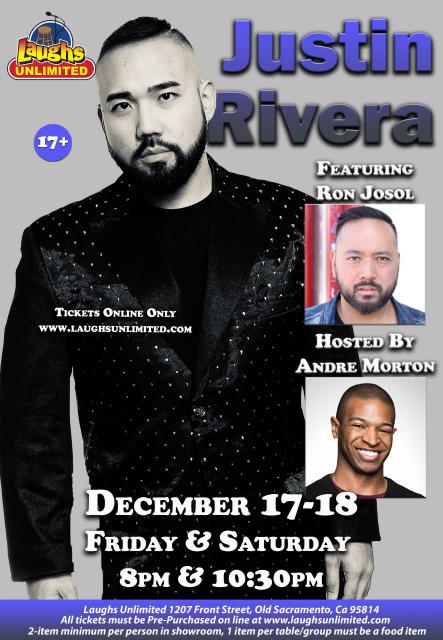 Justin competed on NBC’s “America’s Got Talent” hosted by Nick Cannon and was named a judges’ favorite by Howard Stern, Howie Mandel, and Sharon Osbourne. He has worked as talent for FOX’s 30 Seconds to Fame, TruTV’s Operation Repo, Estrella TV’s Tengo Talento Mucho Talento, and appeared on “Fast Track to Fame” on the Speed Channel, “The Gong Show” on Comedy Central with Dave Attell and Adam Carolla, Comedy Central Stand Up Asia, Playboy TV, Discovery, and Univision. Rivera also finished an international comedy series for the Asia-based streaming service iFlix which has 5 million subscribers and major investors such as MGM.

Justin consulted for the Grammy-nominated band OneRepublic—customizing and creating visual magic illusions for the popular music video “Love Runs Out” and has also done charity work for Apl.de.Ap of the Grammy award-winning The Black Eyed Peas.