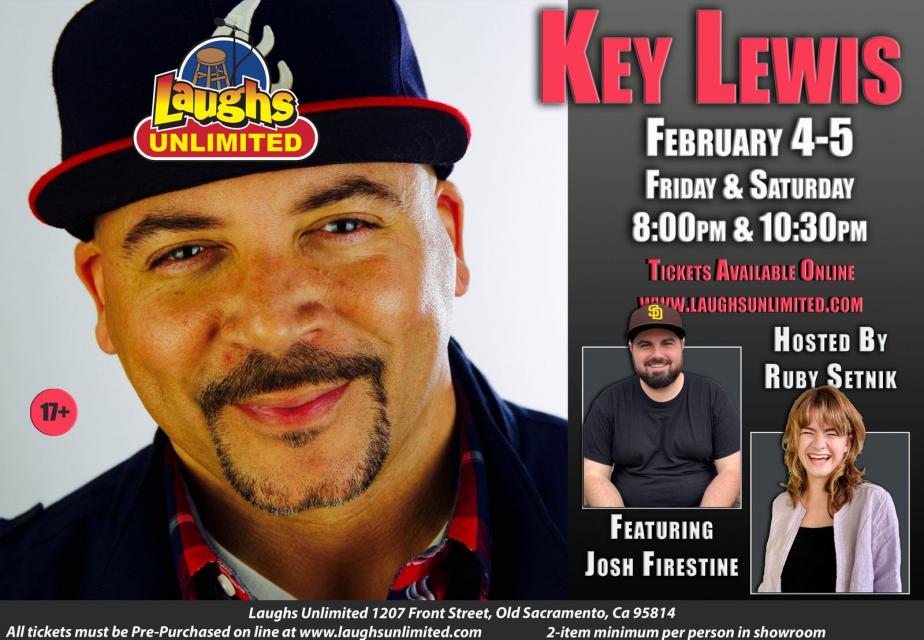 Sacramento California born Key Lewis is a high energy, improvisational, storytelling, multiple-personality nutcase! His love for the people and hunger for the stage is his undying motivation. His comedic stories about his interracial childhood, family, and unusual views on relationships, make Key simply a joy to watch. His ability to improvise and interact with all types of crowds makes this up and coming comic and actor one to look out for.
Key served in the US Navy on the USS Arctic AOE-8, based out of San Diego, and after leaving the Navy, now serves with the GIs of Comedy stand up comedy troupe bringing laughter to service members stationed all over the world. Last year Key performed with the GIs of Comedy in Italy, Egypt, and Jordan as part of their international tour.
Key Lewis has appeared on Marlon Wayans TBS’s Funniest Wins, Starz Networks StaannDup, Kevin Harts One Mic Stand as well as Bill Bellamy’s Who’s Got Jokes! Key says, chase your dream, always know your audience; don’t act funny, be funny; don’t be a jerk; don’t worry about the quantity of your material but the quality; the sooner you create a relationship with your crowd, the better you will be.