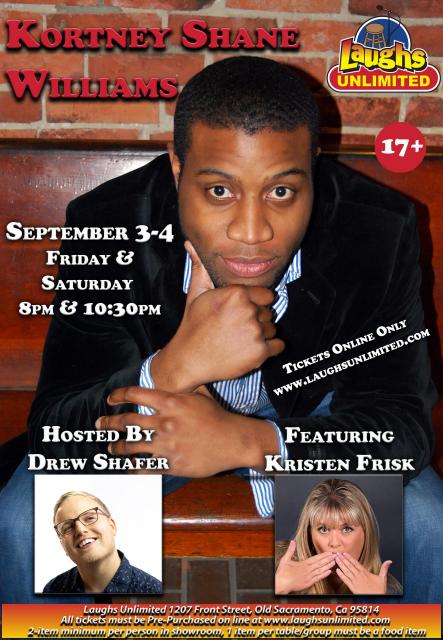 Kortney Shane Williams is an international touring comedian. He started his comedy career while attending The University of South Florida in Tampa, FL. Shortly thereafter he dropped the books for jokes and ended up in Seattle Washington where he honed his craft.
He has been a part of The Bridgetown Comedy Festival, Boston Comedy Festival, World Series of Comedy, Laughing Skull Comedy Festival, and Bumbershoot Arts festival. Kortney’s self-deprecating humor has won him finalist spots in both Comedy Central’s South Beach Comedy Festival Competition and NBC’s Stand-Up Showcase.