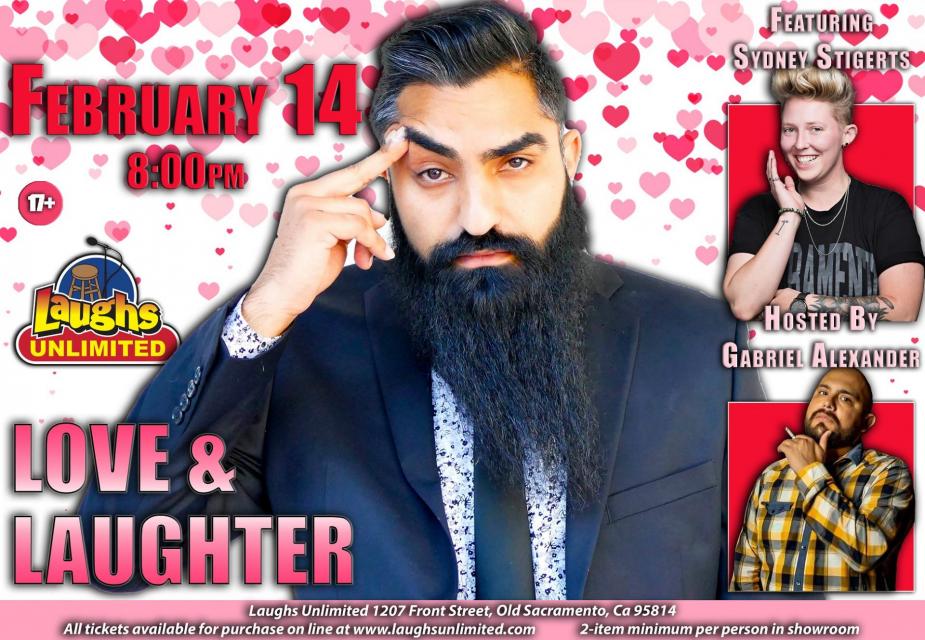 Join us for an amazing night with your Valentine or Valentines! We’ll be celebrating a great night with comedians Gabriel Alexander, Sydney Stigerts, and Headliner DJ Sandhu.

Buried deep within the most luxuriant beard in comedy lives DJ Sandhu’s silver tongue just aching to get out and spread its diabolical thoughts. From Sacramento, CA, Sandhu decided to break his parents’ hearts by sharing his absurd opinions with strangers rather than going to med school like a responsible, well-adjusted adult. From the World Series of Comedy to the Edinburgh Fringe Festival and everywhere in between, Sandhu has worked with some of the industry’s legends including Bret Ernst, Dat Phan, Carl LaBove, Tommy Davidson, and Godfrey…all of which leave his mother incredibly disappointed that he didn’t choose a better life path.