One Degree of Separation with BRAD BONAR Jr. by Laughs Unlimited Comedy Club and Lounge 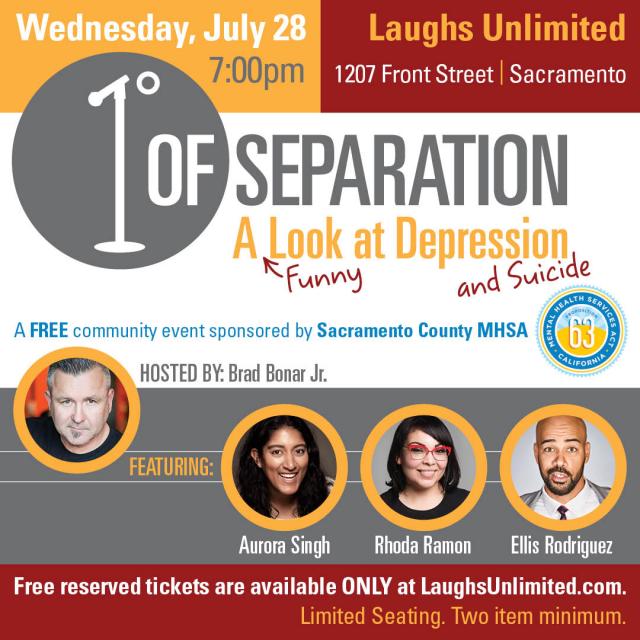 The comics behind 1 Degree of Separation…a funny look at Depression and Suicide are hoping to end the stigma of depression by creating an army of comedians to share stories of hope, happiness, and triumph. Each comic performing at the show will introduce the audience to their relationship with depression through comedy. The show concludes with a roundtable discussion about mental health, depression, and suicide told from the perspectives of people that have experienced it themselves.
1 Degree of Separation…a funny look at Depression and Suicide is a show that aims to end the stigma of depression and suicide through laughter. Even if you don’t suffer, chances are someone you know does. There is only one degree of separation between someone who suffers from depression and someone who doesn’t. Find out more information about the project at 1degreeofseparation.life.
It will be an evening of hilariousness, uncomfortable laughter, and important conversations.