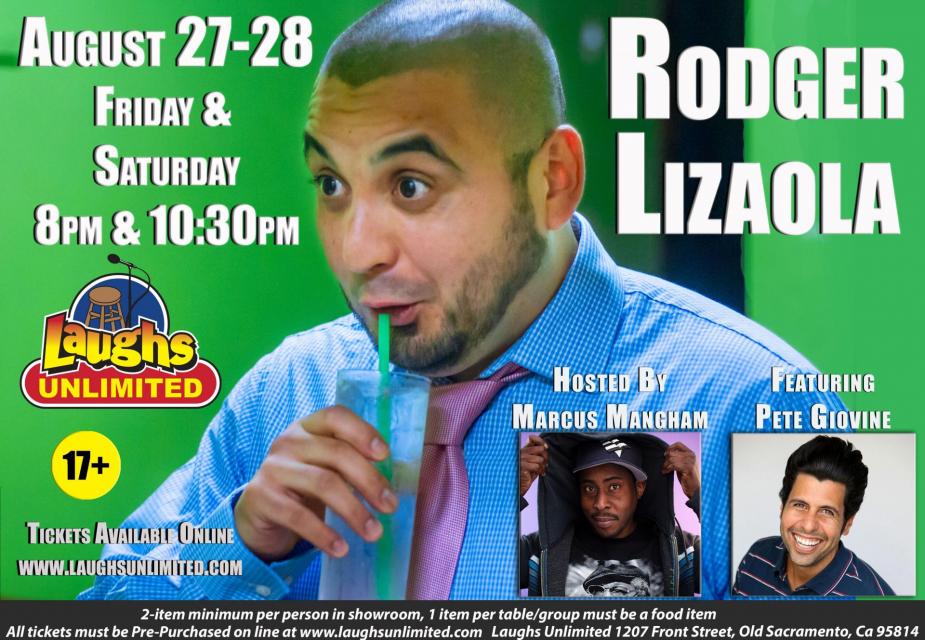 Since 2003 Rodger Lizaola has been pretty awesome at telling Jokes. So he has been doing so to strangers in bars and comedy clubs across the country.
Growing up on the mean streets of Gilroy, CA. Rodger always had a knack to make his friends laugh as well as those around him, but to get on stage seemed terrifying. Stage fright aside, the opportunity presented itself in February 2003 when he moved to Seattle, Wa. Rodger took the stage at Comedy Underground. Those first 3 mins were absolutely terrifying and exhilarating at the same time. Though the first years were tough and humbling he stuck with it and became one of the youngest headliners in the Northwest.