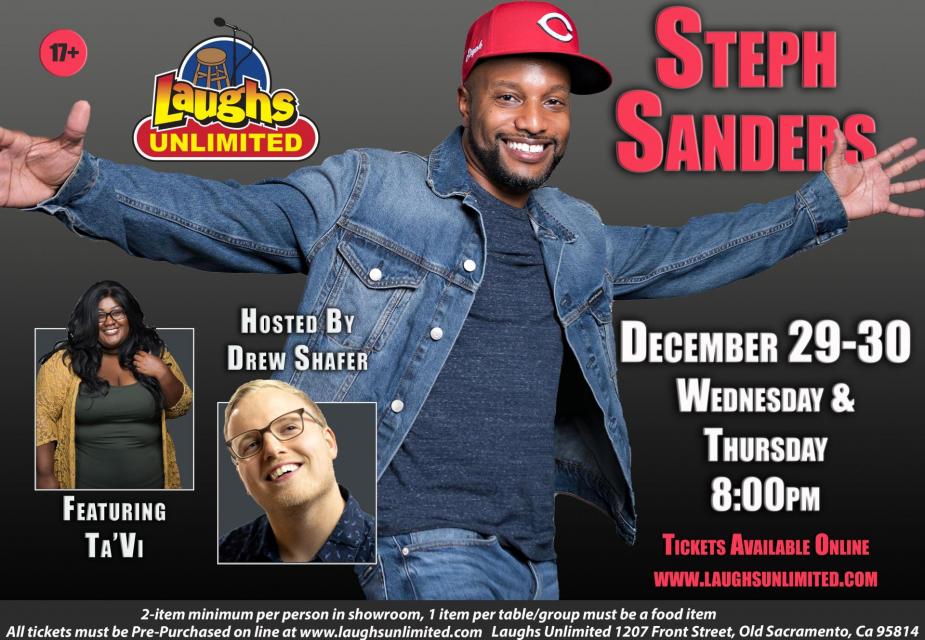 Steph Sanders is a multi-faceted Comedian/Actor with a fresh energy and raucous material for everyone to enjoy! Originally from Dayton, Ohio and thrown into a steady diet of acting, dance, musical instruments, and sports from an early age gave him his thirst for the stage and eventually the screen. A professional stand-up comic for over 14 years now, this gives him a regular platform to bring his life, pain, and characters to thousands nightly! Steph has been blessed enough to work with most of the heavy hitters in the comedy business such as Patrice O’Neal, Gary Owen, Tony Roberts, and many, many more. He has appeared in several shows and in a few movies. He is currently a member of the hilarious Barely Tall Enough Tour! Look out for Steph on the small and large screen as he continues to take the entertainment world by storm!