We Own The Laughs Laughs Unlimited Comedy Club and Lounge 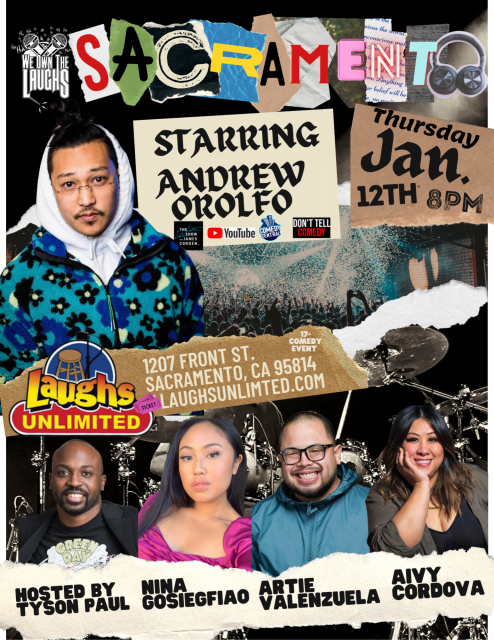 Headliner of the Night:Andrew OrolfoFilipino American, Andrew Orolfo has been named one of the country’s “top knot” comedians by… don’t even ask, just go with it. A JFL New Face 2022 and established staple in San Francisco comedy, he has been featured in the High Plains Comedy Festival, Comedy Central Clusterfest and Netflix is a Joke Fest. He can be heard on Sirius XM Radio and seen on Comedy Central, The Late Late Show with James Corden as well as Jo Koy: In His Elements on Netflix.