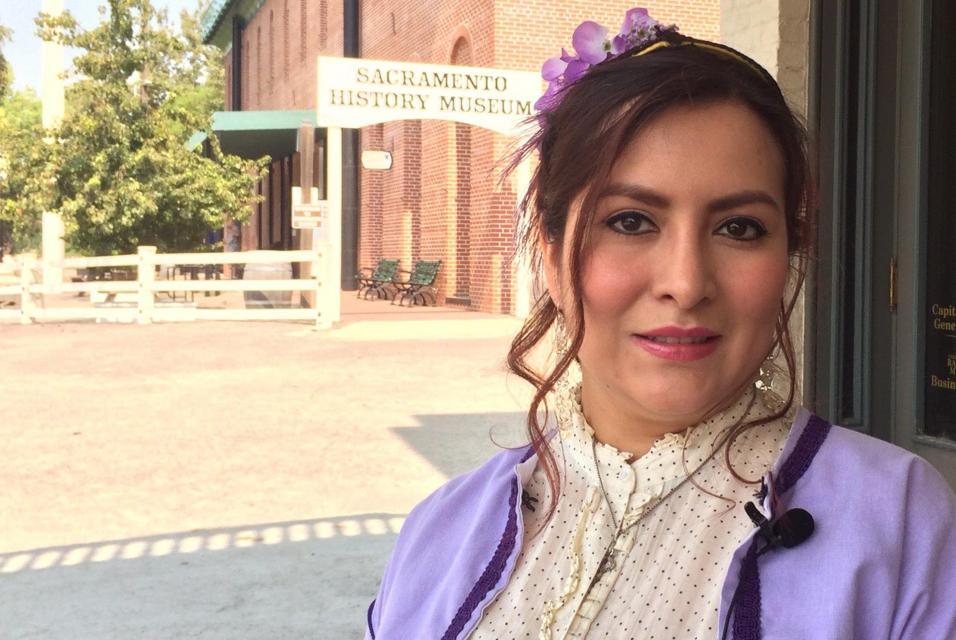 Presented by the Historic Old Sacramento Foundation. Tours run from April 12, 2020 through December 13, 2020.

The Sacramento History Museum is proud to announce that a Spanish-speaking Old Sacramento Underground Tour is available at 3 p.m. on the Second Sunday of each month.

The special Spanish-speaking tour will be led by knowledgeable and entertaining guide Alejandra Meléndez-Silva who portrays Doña Benicia (Francisca Benicia Carillo de Vallejo), the wife of Gen. Mariano Vallejo. As part of the tour that travels back in time, Doña Benicia relates intriguing facts about her life and marvels at what the Capital City has become at that point in history. While describing Sacramento’s fight to save itself from frequent flooding, Doña Benicia tells guests about life in Mexican California, before the Gold Rush. She describes her own adventures, including riding more than four months and 600 miles on a mule – while pregnant – to reach her husband. As background, the cities of Vallejo and Benicia – named for the couple – were also state capitals before Sacramento became the permanent capital in 1854.

All tour tickets include complimentary admission to the Sacramento History Museum.

The Sacramento History Museum is a reproduction of the 1854 City Hall and Waterworks building, which sat on our current site.  The original building was completed in the spring of 1854 and was the city’s first municipal structure.  It housed the City Waterworks, City Offices – including the Mayor’s office and Fire Department – the City Jail, and Police Court.

The dramatic and diverse history of Sacramento unfolds in the museum’s galleries.